In Wednesday’s LA Times, Jason Felch writes about the awkward marriage of a reformed Getty and its new CEO, a hawk on antiquities collecting. 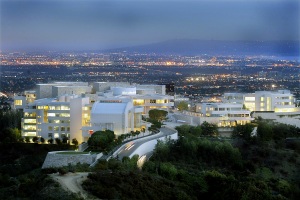 “In naming James Cuno president and chief executive of the J. Paul Getty Trust, its board members surprised many in the art world by choosing a staunch defender of the unfettered acquisition of ancient art to lead an institution that, after a decade of scandals, has all but abandoned the practice.

Since 2001, when the Getty’s former antiquities curator Marion True was charged in Italy with trafficking in looted art, the Getty has returned dozens of ancient masterpieces it concluded were found through illegal excavations. More recently, the Getty has emerged as a leader in efforts to curb the looting that has fueled the market in ancient art.

Over that same decade, Cuno, 60, forged a reputation as an outspoken critic of efforts to curb the antiquities trade. In two books and many public appearances, he has called the efforts of foreign governments to regulate the trade in ancient art “nationalistic,” and has lamented the limits put on museums’ ability to collect art that has a murky ownership history.”

The upshot: “Cuno’s awkward embrace of a point of view he has long criticized creates a potential stumbling block for the Getty, which today relies heavily on cooperative relationships with Italy and other nations Cuno has openly criticized.”

This entry was posted in Media, News. Bookmark the permalink.

One response to “Jim Cuno’s awkward embrace of the Getty”