In January 2008, more than one hundred federal agents raided four Southern California museums. They seized scores of Southeast Asian antiquities that investigators said had been looted and illegally smuggled into Los Angeles before being donated at inflated values to the museums. 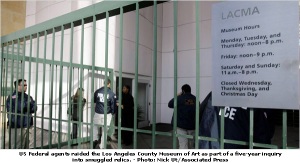 Since then, nothing much has happened in the case. But one legal expert is warning that the case represents a ticking time bomb for American museums, whose antiquities collections are still filled with looted antiquities.

If the raids result in convictions, the legal fallout could be devastating, argues Stephen K. Urice, a University of Miami law professor and one of the country’s foremost legal minds on cultural property. 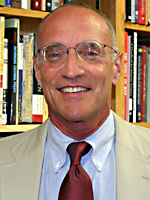 “Continued possession of virtually all unprovenanced antiquities in public museums within the court’s jurisdiction would suddenly become actionable under the [National Stolen Property Act], and museums would be obligated to divest themselves of those collections promptly,” Urice writes. “Failure to do so would expose the antiquities to civil seizure and forfeiture proceedings, and the museums’ board and staff members to criminal liability.”

This doomsday scenario comes not from the alarmist fringes in the debate over antiquities but an avowed centrist. Urice is a former museum director with a PhD in archaeology, and was the founder of the University of Pennsylvania’s cultural law program. He has earned respect from archaeologists and museums alike for his dispassionate, middle-of-the-road analyses of museum policies and cultural property statutes.

That’s why Urice’s 39-page article in the Summer 2010 issue of the New Mexico Law Review is so striking. His analysis, now bubbling up in cultural circles, is too involved to present in full here. But in essence, it predicts a doomsday scenario based on a little noticed wrinkle in the NSPA, the key U.S. criminal law in antiquities looting cases. 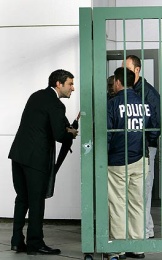 In the 1977 McClain case, in which five Texas dealers were convicted of smuggling looted Mexican artifacts, prosecutors successfully asserted the antiquities were “stolen property” under US law if they were exported illegally from a foreign country with an enforced cultural property law that gives the government rightful owner of such artifacts. (According to the UNESCO Database of National Cultural Heritage Laws, 180 countries have passed one or more such statutes ).

Urice reasons that this interpretation is easily extended to most museum antiquities collections, where the bulk of objects could be considered contraband because they lack provenance (ownership history) and valid export licenses.

This hasn’t come up in past antiquities cases since prosecutors went after collectors or dealers. The Southern California raids, however, specifically targeted museums, which under McClain arguably possess stolen property. Urice argues that a successful conviction in the case would trigger a chain reaction, forcing other museums in the court district (such as the Getty) to disgorge their unprovenanced artifacts or have their officers face criminal indictment.

In Urice’s view, this is an unacceptable – and unintended — outcome of the law that would strip American museums of an important teaching tool. What to do?

Urice suggests several remedies. Among them is a law exempting museums from the potential fallout of Southern California case and other antiquities claims under the NSPA. A second one is to replace the NSPA with a new law with input from archaeologists and collectors — a likely bitter and tortuous process.

One question not addressed in the article: Are Urice’s warnings a present-day reality? After all, federal courts in New York and Texas have both found the McClain Doctrine to be the ruling precedent, making possession of looted antiquities an on-going federal crime. In order to seize the objects, the government would only need to establish probable cause that the objects were illegally exported — the burden would be on the museum to prove legal export, something that can’t be done for most antiquities. All that’s missing is a US Attorney interested in making such a bold case.

Whatever the answer, Urice’s article makes clear the legal struggle over looted antiquities did not end with the Getty scandal.

If the Southern California case moves forward, the worse may be yet to come.

Our coverage of the January 2008 museum raids: