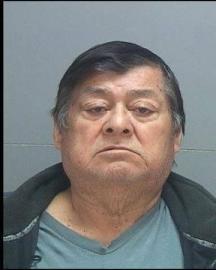 The case started in the fall of 2012 when an undercover agent with U.S. Immigration and Customs Enforcement’s Homeland Security Investigations (HSI) bought 12 artifacts from 70-year old  Cesar Guarderas of West Valley City Utah for more than $20,000.

Guarderas told the agent that Javier Abanto-Sarmiento, his supplier in Trujillo, Peru, had access to more than 100 more pieces of pottery. Trujillo is a major city in northwest Peru near what was once the center of the ancient Chimu kingdom. The Chimu capital Chan Chan, just 5 km outside Trujillo, is the largest Pre-Colombian city in South America and the largest adobe city in the world. It has been a World Heritage Site since 1986.

The site has a long history of plunder, as noted by Smithsonian Magazine:

Chan Chan’s days of glory came to an end around 1470, when the Inca conquered the city, broke up the Chimú Empire and brought many of Chan Chan’s craftsmen to their own capital, Cuzco, 600 miles to the southeast. By the time Spanish conquistador Francisco Pizarro arrived around 1532, the city had been largely abandoned, though reports from the expedition described walls and other architectural features adorned with precious metals. (One of the conqueror’s kinsmen, Pedro Pizarro, found a doorway covered in silver that might well have been worth more than $2 million today.) Chan Chan was pillaged as the Spaniards formed mining companies to extract every trace of gold and silver from the city.

Today, Early Chimu (Moche) and Chimu pottery like this piece acquired in 2009 by the Walters Art Museum in Baltimore is popular among collectors of Pre-Colombian art.

Guarderas told the undercover agent that Abanto-Sarmiento “knows where to look for pottery buried in the ground” and “had a contact with the National Institute of Culture in Peru who provides him with authentic certifications stating that the pottery are replicas and  uses the certifications to illegally export genuine artwork from Peru.”

The agent subsequently acquired another 25 objects from the network, the indictment alleges. The objects were later authenticated by experts at Utah Valley University and Tulane University.

Also named in the indictment is Abanto-Sarmiento’s brother Alfredo, who remains at large in Peru, and their sister Rosa Isabel Guarderas of West Valley Utah.

Some issues to watch as the case moves forward: How long had the alleged network been in action? To whom did they sell the looted artifacts? Have any local museums done business with them?

In 1997, the United States and Peru signed a bi-lateral agreement under the 1970 UNESCO accord prohibiting the importation into the United States of specific cultural property originating from Peru, including artifacts and ethnological religious objects. But as Rick St. Hilaire has noted, the prosecutors are pursuing smuggling charges, not violations of the import restrictions. The potential maximum penalty for smuggling goods into the United States is up to 20 years in prison and a $250,000 fine.

Here is the criminal complaint: