On March 18th, the Asia Society convened a discussion titled, “Collecting Ancient Art in the 21st Century.” For anyone with an interest in the ethics of collecting ancient art, it is required viewing. 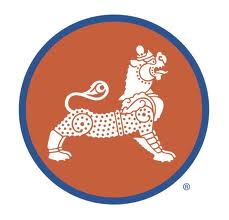 The conversation touched on many of the key issues facing collectors and museums today: the AAMD’s 2008 acquisition guidelines, which were roundly denounced; recent attempts by archaeologists and museum directors to find a solution to the question of archaeological “orphans”;  WikiLoot, our recent proposal to crowd-source the analysis of the illicit trade; the need to move beyond ownership to stewardship; and the various regimes used by source countries to limit the illicit trade.

But there was one recurring theme among participants, who included collectors, museum officials, legal experts and an archaeologist: the pervasive climate of fear brought on by recent attention to the link between looting and American museums and collectors. Several said this fear had all but halted museum acquisitions and would soon bring an end to American collecting. Participants may have exaggerated those fear somewhat — just a few days later, Sotheby’s South East Asian auction took in $13 million for ancient art. Still, it is remarkable to see many of the leading advocates of collector’s rights wrestle with the core issues facing today’s art market.

I’ve posted the full video below. Here are some highlights that caught our attention.

Kate Fitz Gibbon opened the session with a strident call to arms: “We are facing a crisis. What began a decade ago as a few front page legal cases highlighting the greedier and less scrupulous side of the art business and the excesses of a few museums has grown into a sea change in arts policy and museum policy. There has been, I think, an over-reaction rather than an appropriate response, and the consequences are incredibly far reaching. These new policies threaten the very future of collecting and collecting museums. That may sound like an exaggeration today, but if we continue on this path there may not be a next generation of collectors, donors and patrons of ancient art. Not in the United States of America.”

She also described the current legal regime governing looted antiquities: “Under the current legal system we inherited from Britain, stolen is stolen forever, no matter how many times an artwork changes hands. So when an art source country passes such a [national ownership] law, there are no time limits, and knowing possession can be a crime.” Under such laws, she said collectors were being “victimized by a misinformed or over-zealous [federal] agent.” She called the AAMD’s 2008 policy a “self-administered self-poison, completely illogical and not required by any law.”

Mark Wilson: “Younger people have been deliberately misled into believeing that everything in museums is stolen. This is very bad…”

Naman Ahuja said that in many countries modern development proved as serious a threat to archaeologist sites as looting. It was imperative for collectors to engage with the views of archaeologists, whose position should not be so easily dismissed. “It’s not an outrageous argument, it’s a noble argument,” he said. He challenged collector groups to find ways to help source countries stop looting, not just defend American’s right to collect.

Julian Raby spoke about the need to move beyond fights over ownership of disputed antiquities. “We’re possibly on the cusp of a new model, a model that moves away from ownership to stewardship.”

At minute 60, Arthur Houghton introduced the audience to our initiative WikiLoot, warning the audience, “We’re that far away from launching a vigilante effort that may flood the Asia Society and other American museums with people wanting to find out, Is this object looted or not? If it is unprovenanced, how do you know where it came from? And what should we all do about it?”

Houghton denounced the AAMD’s 2008 policy, saying, “Hundreds and hundreds of Americans, even thousands, have collections that are no longer available for study, protection, or exhibition or conservation.” A CPRI study suggested there were millions of objects in private collections that can no longer be donated to museums, he said.

Arthur’s provocation sparked a revealing debate about what the AAMD’s policy did and did not allow museums to acquire. “The real fact of the policy is to freeze acquisition boards,” argued one panelist. Others argued acquisitions of unprovenanced antiquities were still possible, but had to be posted on the AAMD’s object registry. Others noted that the AAMD position was merely a guideline, and museum directors and their boards were free to set their own acquisition policies.

At minute 72, the conversation moved to possible solutions.

Julian Raby said that in addition to the stated arguments for “retentionist” views — protecting archaeological context and defending the ownership rights of source countries — there was a third, more primal motive: the emotional impact of possession and control felt by both sides. “I can understand why my possessions might feel like others losses,” he said. “How can we rebalance a feeling of asymmetry between those who have and don’t have?”

Raby proposed two paths forward: advocacy for the creation of licit markets, and the development of a modern version of partage in which museums help fund excavations and participate in long-term loans and shared stewardship.

By minute 90, the panel was ready to conclude when the crowd nosily demanded that the all-but-forgotten James McAndrew be given his chance to speak. His message: “Don’t be fearful. US laws are very specific.” But his description of the law no doubt raised some concerns. All the talk about UNESCO and 1970 was irrelevant to law enforcement, he said. What they looked to instead was the source country’s date of state ownership laws, many of which go back a century or more. His advice to collectors and museums was to avoid the temptation to fudge import documents, which are the first thing federal investigators will seize on. “If you document your imports properly, you should have nothing to worry about,” he concluded.

The Q&A began at minute 102, and touched on the AAMD policy and the orphan issue, among other issues.

The session concluded with a plea for support by the event’s co-sponsor, William Perlstein of American Committee for Cultural Policy (AACP), whose mission Perlstein said was “to get US policy back to the reasonable middle ground.”

Watch the entire video here, and leave us your thoughts in a comment.
Vodpod videos no longer available.