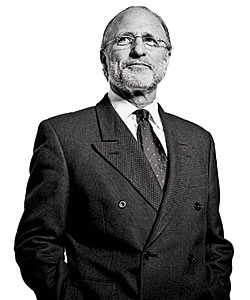 Getty CEO James Cuno discussed his “appetite for risk,” his decision to hire Timothy Potts as the Getty’s next museum director and his vision for the museum in an interview on Warren Olney’s Which Way LA program on KCRW.

Chasing Aphrodite’s Jason Felch and CultureGrrl Lee Rosenbaum were also guests on the program. The interview came on the same day that Cuno announced a shakeup at the Getty museum that consolidated administrative powers under the Trust  and led to the dismissal of two senior staff members.

Listen to the full program here: