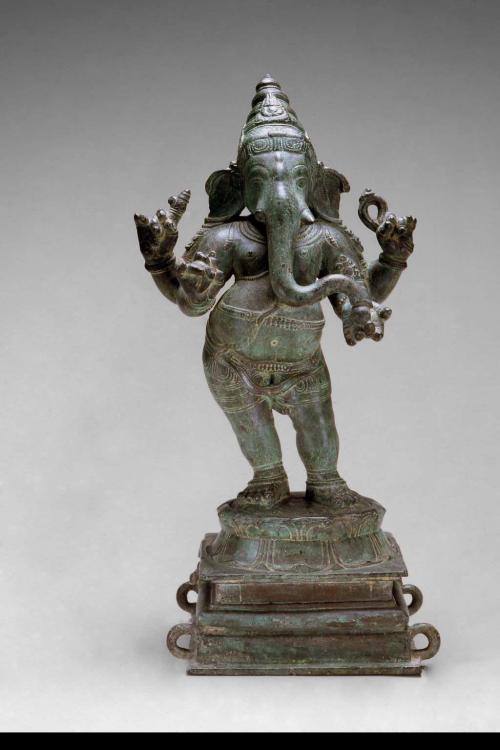 Let the Lotus Feet of Lord Ganesha, from whom scriptures sprout, confer
on us unmixed blessings. Like thunderbolts, let them shatter away hurdles
that are heaped like mountains.

UPDATE 10/2/14: The Toledo Museum announced it would return the looted bronze Ganesh to India. Museum officials told the Toledo Blade that its Art Committee voted to return the bronze in late August after deciding the statue closely resembled a Ganesh stolen from an India temple. That resemblance was first noted by Vijay Kumar, who carefully detailed the similarities between Toledo’s Ganesh and one identified as stolen from the Sivan Temple by India’s Idol Wing police unit since 2009.

UPDATE 2/27: The federal government is investigating the Toledo Museum’s acquisition of a bronze Ganesh and 63 other objects acquired from Kapoor. In an email, museum spokeswoman Kelly Garrow confirmed that Department of Justice officials in New York’s Southern District contacted the museum on Feb 21st to request records related to the musem’s dealings with Kapoor. The museum may have also been contacted by Indian authorities: “We are currently working with government officials from the United States of America and India on this matter,” Garrow said.

On July 18, 2013 I wrote to Brian Kennedy, the director of the Toledo Museum, requesting information about a Chola-era bronze Ganesh that the museum acquired in 2006 from Manhattan antiquities dealer Subhash Kapoor. As my colleague Vijay Kumar first noted, the sculpture appears identical to one identified as stolen from the Sivan Temple by India’s Idol Wing police unit since 2009. 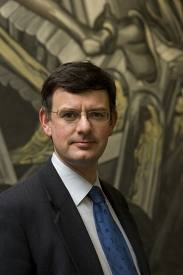 Noting the match, I requested information on the ownership history of the Ganesh and all other objects the Toledo Museum acquired from Kapoor. It was a request I had first made of the museum a year earlier, with no response.

Toledo’s reply last July was to continue to stonewall: “Our policy is to respond to requests about objects in the TMA collections made by official authorities such as museums, law enforcement agencies, foreign governments and those making legal claims to ownership,” spokeswoman Kelly Garrow told me. “There have been no such inquiries to date in regard to the objects referred to in your email.” In other words, in Toledo’s view the public has no right to know the ownership history of objects in the museum’s collection, even when serious legal questions have been raised.

With Kapoor’s criminal trial in India for the Sivan thefts set to begin March 7, this week the Toledo Museum reversed that wrongheaded position and released a list of 64 objects it acquired from Kapoor between 2001 and 2010. The museum attributed the move to the information I provided Kennedy on July 18th – with no explanation for the seven month delay. The museum also said it had contacted Indian authorities in July seeking additional information about the objects.

“This is a very stressful situation for us, as we always strive to be absolutely meticulous concerning provenance before purchasing any work of art,” Kennedy wrote to the Indian Consul for Culture in New York in July. “If you could offer us any assistance in our continued research on this piece we would be most grateful.”  Toledo said it has not heard back from Indian authorities.

We can now answer some of the museum’s questions about the Ganesh. According to documents we’ve recently obtained, it was stolen from an Indian temple shortly the museum bought it in 2006 for $245,000 with the thinnest of fake ownership histories.

The Toledo Ganesh was stolen from the Sivan Temple in Tamil Nadu India in late 2005 or early 2006. According to Indian investigators, Kapoor traveled to Tamil Nadu a year earlier and met with Sanjivi Asokan, the alleged head of a ring of idol thieves in the region. Kapoor asked for Chola-era bronzes, which were in high demand on the art market. Over the next several months, Asokan allegedly hired thieves who — for 700,000 rupees, or about USD$12,000 — broke into the Sivan Temple and stole the Ganesh and seven other idols show below.

On his blog Poetry in Stone, Kumar has carefully detailed the evidence linking the Toledo Ganesh with that shown in the Idol Wing photos. There is little doubt about the match.

Records we have obtained go further. They include photos of the Ganesh that were sent to Kapoor by Indian thieves soon after it was stolen. An invoice shows the Toledo Museum purchased the Ganesh in May, 2006, soon after its theft, for $245,000. India’s Idol Police posted details of the theft, including images of the Ganesh, in 2009.

Toledo now insists it conducted proper due diligence: “At the time of purchase consideration, the Museum received a provenance affidavit and the curator personally spoke to the listed previous owner.  The object was also run through the Art Loss Registry with no issues detected.”

We’ve previously discussed why a search certificate from the Art Loss Register is meaningless for antiquities. As for the “previous owner” Toledo contacted, it was none other than Kapoor’s girlfriend Selina Mohamed, who was criminally charged in December by the Manhattan District Attorney’s office with participated in a decades-long conspiracy to launder stolen antiquities by creating false ownership histories. Among the provenances she is charged with fabricating is that of the Toledo Ganesh, records show.

In the letter – dated Jan 2, 2006 on Art of the Past letterhead – Mohamed claimed to have inherited the sculpture from her mother, Rajpati Singh Mohamad, who was said to have purchased it on a trip to India in 1971 – the year before India passed its Antiquities and Art Treasures Act. Mohamed claimed to have had possession of the sculpture in New York since that date. Such convenient out-of-source-country-just-before-ownership-law-passed dates are often used is false ownership histories, and should be a red flag to curators.

In the end, the Toledo Museum’s “absolutely meticulous” due diligence process relied on a single sheet of paper that turns out to have been fabricated.

It also raises the question: Did Carolyn Putney – Toledo’s curator of asian art since 2001, when the museum first did business with Kapoor – not know that Mohamed had long been Kapoor’s girlfriend and business partner?

We’ll have more on Toledo’s other troubling Kapoor acquisitions soon.