Feds: Subhash Kapoor “one of the most prolific commodities smugglers in the world.”

Federal authorities announced this week that they have seized an estimated $100 million worth of ancient art linked to Subhash Kapoor, the New York art dealer currently facing trial in India — and an arrest warrant in the United States — for his alleged role in an international antiquities smuggling network.

For some perspective on that number, the FBI’s art squad has seized a total of $150 million in art since its inception in 2004, according to its website. 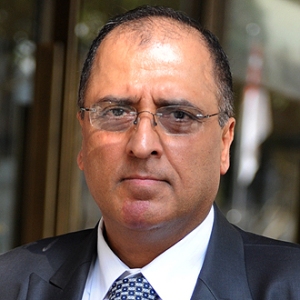 “In our view, Mr Kapoor is one of the most prolific commodities smugglers in the world,” said Immigration and Customs Enforcement Special Agent in Charge James T. Hayes (shown above with the seized objects.) “It’s one of our most significant antiquities and artifacts investigations that we’ve conducted in the history of this agency.”

Our past coverage of the Kapoor case and museums that have material from him can be found here.

The seizures revealed Wednesday were valued at $5 million and secured with cooperation from Customs and Border Protection, the Manhattan DA’s office, Interpol and Indian authorities. They include a 14th Century bronze Parvati figure from the Chola dynasty that was surrendered to ICE by an unnamed dealer in Europe. “Even though the statue had been placed on the Interpol Stolen Works of Art Database, the Parvati had passed through the hands of six different dealers and been given multiple layers of false provenance over the past six years,”  Hayes said. In addition, four bronze figures were seized in recent months that are believed to have been stolen from temples in Tamil Nadu.

Hayes stressed that the Kapoor investigation, dubbed Operation Hidden Idol, was on-going as agents continue to dig into Kapoor’s four decades as a Manhattan dealer whose gallery Art of the Past sold objects to museums around the world. Those include some of the more than 200 objects sold by Kapoor that we’ve identified in previous posts.

Hayes urged collectors and museums that had purchased objects from Kapoor to come forward and notify investigators.

“We ask that those collectors contact us,” Hayes said. “Our investigation is on-going and we’re looking to confirm the legitimacy of those objects. We have already received several calls from law firms representing people who had acquired pieces through Kapoor and were concerned about whether they were in possession of stolen goods.”

I took the opportunity to ask Hayes about ICE’s work combating the antiquities trade. To their credit, ICE has significantly ramped up their investigations of the illicit trade in recent years: more than 6,600 artifacts have been returned to 24 countries since 2007. But critics note that those forfeitures and flashy repatriation ceremonies with foreign officials have often not been followed by criminal charges against key players in the trade. 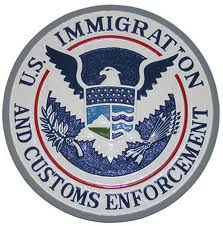 “The focus is always to return stolen property to its rightful owners,” Hayes acknowledged, saying making criminal cases was desirable, but challenging. “You have to have a legal basis to prove those items, and you have to prove certain things and that proves very difficult. We’re dealing with laws around the world, in foreign courts and different jurisdictions.”

To be sure, ICE investigators have played an important role in several recent criminal investigations that led to guilty pleas, including Arnold Peter Weiss and Morris Khouli. “From where I sit, we’re very focused on putting those smuggling networks out of business,” Hayes said. “At the end of the day, our primary responsibility is to get stolen property back to its rightful owners.”

16 responses to “Feds: Subhash Kapoor “one of the most prolific commodities smugglers in the world.””