Untold Millions: The National Gallery of Australia Won’t Say What They Paid Kapoor, So We Will – At least $8.5M 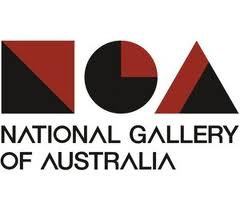 The National Gallery of Australia has refused to tell Australia’s Senate how much it paid (with public money, in some cases) for the 21 objects it acquired from New York antiquities dealer Subhash Kapoor, who is now facing criminal trial in India for trafficking in stolen art.

The museum has also refused repeated requests from local and international media to release details on the objects it acquired from Kapoor, despite mounting evidence those objects are stolen property and were illegally exported from India.

The NGA’s stonewalling has inspired our digging. We can now reveal that the National Gallery of Australian paid Kapoor at least $8.5 million between 2002 and 2011.

Previously we’ve reported the NGA paid Kapoor $5 million for a Nataraja; $500,000 for a pair of Dvarapalas; $337,500 for a Nagaraja; and $195,000 for an Alam. Here are the prices paid for several other Kapoor objects that were first identified by Michaela Boland in the Australian last month:

The first object the NGA acquired from Kapoor was in September 2002, when the museum paid $35,000 for this Durga Slaying The Buffalo Demon, a 12th-13th century sculpture made in Gujarat, India. An employee of Kapoor assured NGA curator Robyn Maxwell that the piece would “arrive no later than next Friday in Sydney – in time for the gallery’s birthday weekend.” 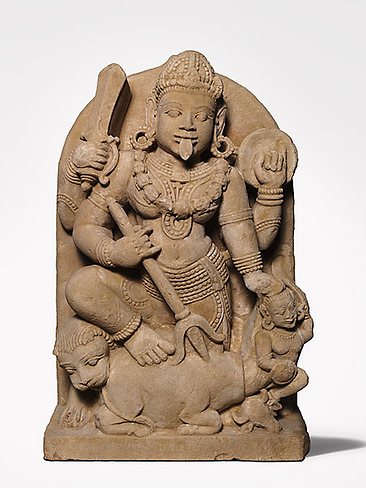 In Nov. 2003, the NGA purchased a Seated Gina under an arch from Kapoor for $125,000. The museum identifies the Jainist marble piece as coming from the Mount Abu region, Rajasthan, India. 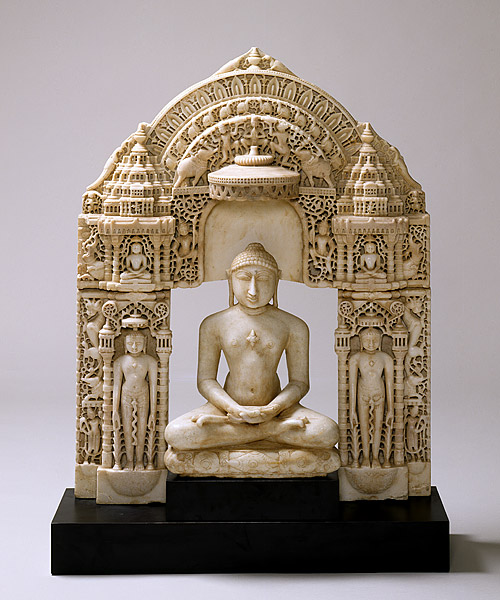 On May 31, 2005 the NGA paid Kapoor $1.775 million for three important Indian antiquities. One was a bronze dancing child-saint Sambandar, purchased for $850,000. It was accompanied by a false letter of provenance dated 1969. This image shows the Sambandar in Kapoor’s catalog: 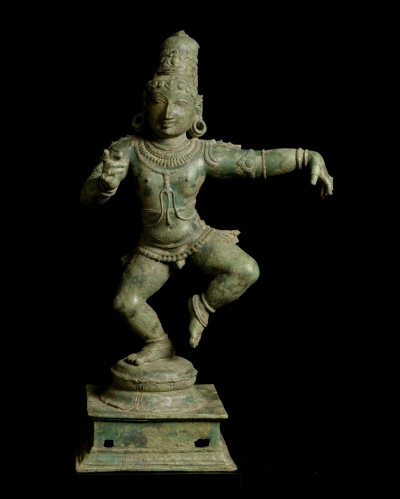 The image of the Sambandar below shows it in Kapoor’s gallery before restoration. Note the bronze appears to be dirty. 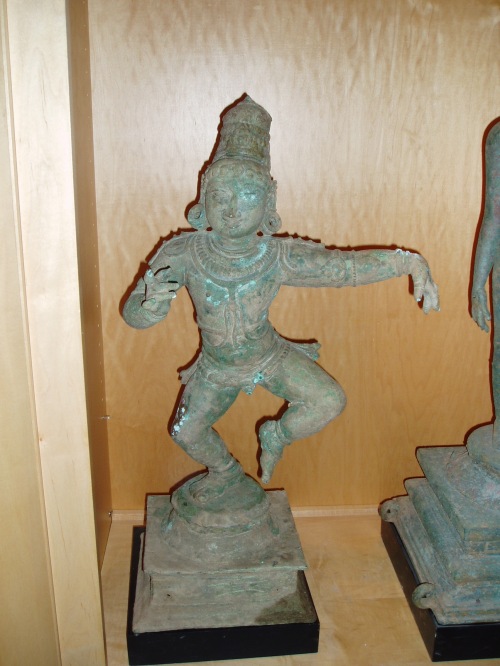 The second in the batch was a granite Goddess Pratyangira purchased for $275,000. As Kapoor noted in his catalog, “Representations of Pratyangira are exceedingly rare, with only one other example known, a 17th-century image that is still in worship.” 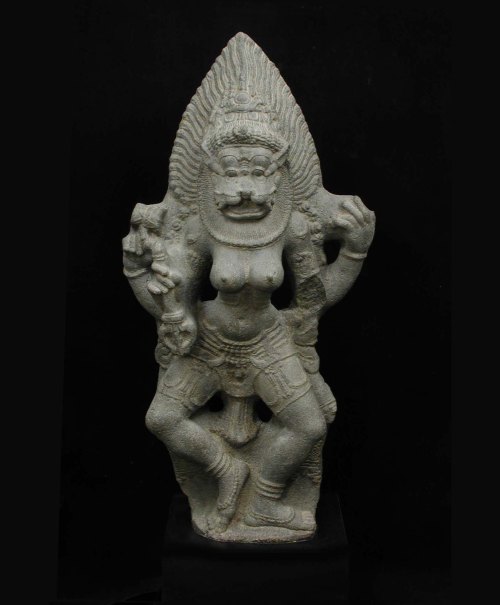 The final piece acquired in May 2005 shows worshipers dancing beneath the bodhi tree, and was acquired for $1.25 million. The NGA helpfully identifies it as coming from “the dome of a stupa at Amaravati, an important Buddhist pilgrimage site in India.” 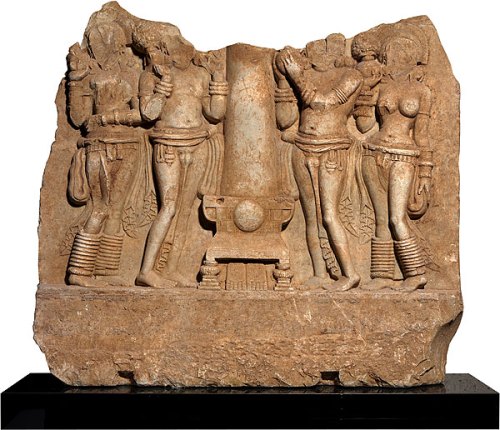 India wasn’t the only source for Kapoor’s antiquities network. In September 2006, Kapoor sold the NGA the head of a Bodhisattva for $247,500. It was likely looted from a Gandharan site in Afghanistan or Pakistan.

In addition to antiquities, Kapoor also sold the museum several religious icons. This 18th century ivory Madonna and Child were sold to NGA in August 2011 for $35,000. 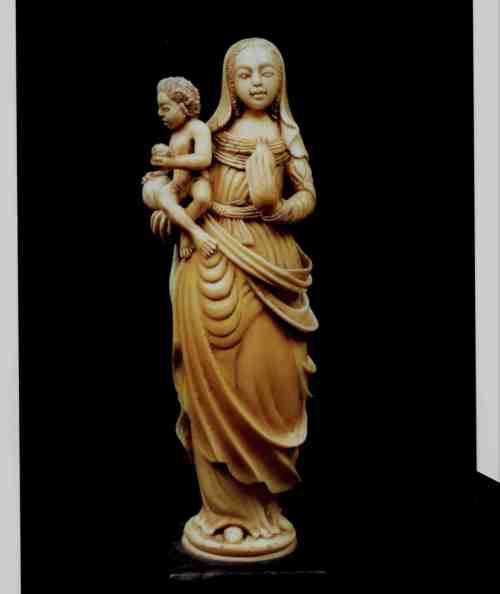 Kapoor sold this ivory crucifix from the Portuguese colony of Goa, India to the NGA in Oct. 2007 for $337,500. The museum says, “Holes piercing completely through the hands and feet mark stigmata and indicate the icon would have originally been affixed to a large cross.” 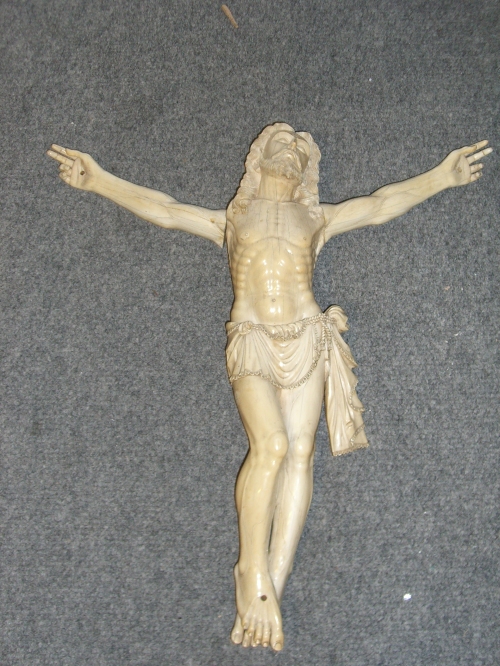 We encourage the National Gallery of Australia and other museums to be more forthcoming with information about objects in their collections. Museums are public institutions and owe the public an explanation of what they acquire, from whom they bought it and what they paid for it, particularly when questions are raised about an object’s provenance.

As we’ve learned from the Getty Museum, museums that try to hide the ball end up paying a higher price in the end.

This entry was posted in News and tagged Michaela Boland, National Gallery of Australia, Subhash Kapoor. Bookmark the permalink.

6 responses to “Untold Millions: The National Gallery of Australia Won’t Say What They Paid Kapoor, So We Will – At least $8.5M”